We are suppliers for Christie, the only dedicated public barbecue manufacturer in the world. As a market leader, the Australian company is committed to providing the best possible experience for its clients and for commercial barbecue users. Their high-efficiency electric barbecue cooktops can be installed into custom-built surrounds or any of their convenient pre-fabricated barbecue surrounds.

To learn more about Christie and how the barbecues work, scroll down for more information. 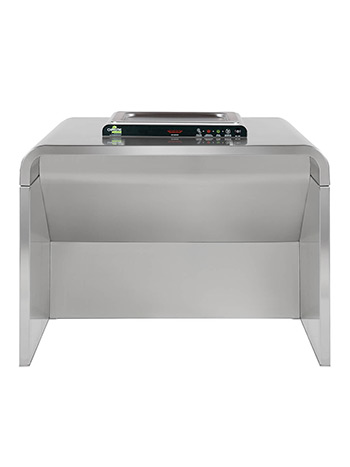 The Christies A-series benches have been designed specifically for 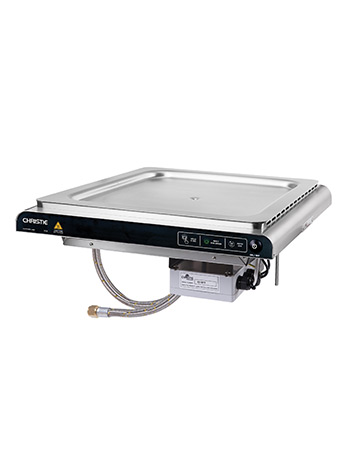 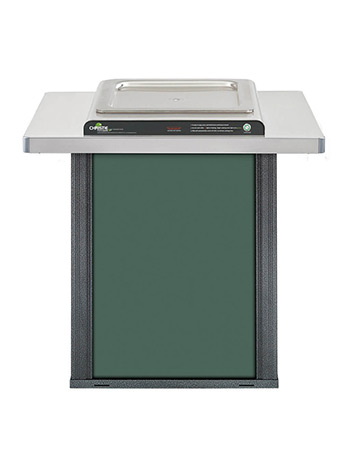 Domestic or commercial barbecues currently available to the UK market are not engineered to operate continuously all day long and should be used under supervision by the public. Christie barbecues have been specifically designed to last for many years and engineered for continual use in communal areas – often in harsh outdoor environments and by demanding users.

Christie is committed to providing the safest, most reliable, and most energy efficient public barbecue on the market.

Christie public barbecues were originally developed to specifically address the risk of personal injury and the dual environmental hazards of pollution and bush fires, caused by grilling food over coals or open flames. They provide a proven, safe solution for public areas in the UK which are damaged through the use of disposable BBQs. To ensure a high standard of food safety and hygiene, Christie developed a unique sterilisation cycle that eliminates bacteria. This feature is explained in more detail below.

From their industry-leading cooktops to their Modular and All Access benches and surrounds, their superior barbecues reduce operating costs and guarantee the best cooking experience for users.

The award-winning all-access, all-stainless BBQ surround is designed for users of all abilities including wheelchair users.

Pre-fabricated cost-effective public barbecue surrounds built to highest quality. Easy to assemble and built tough for high use in any public environment.

Today, they continue to work closely with their clients and barbecue users,  investing in research and development and remaining committed to driving innovation through the latest technology. They are passionate about providing the ultimate public barbecue resource – not just in manufacturing the best products on the market, but also providing the best user and customer service experience.

Following four decades of product refinement, and with tens of thousands of barbecues installed across the world, Christie is now a global brand renowned for their trademark reliable, energy efficient barbecues and exceptional customer support.

In the UK, barbecuing in public is an increasingly popular outdoor social activity. However, current disposable or portable solutions are not only inconvenient and a safety hazard, but they also do not encourage segregated groups within a community from interacting.

The Christie commercial barbecue brings with it a new culture for the UK public space. Readily accessible and socially inclusive, they are available for use by all members of the community. Australia is one of the most multicultural and diverse countries in the world. There, barbecue etiquette has developed over decades, with users queuing up to use barbecues, sharing facilities, and interacting around their “community barbecue”.

The barbecues are perfectly placed in national parks and forest commissionaires and are also popular in caravan parks, resorts, local parks, retirement communities, high rise apartment buildings, universities, and prisons. Exceptionally durable, they have been proven to withstand the harshest environments including tropical, desert, and corrosive marine locations. They can be installed anywhere that safe, energy-efficient shared cooking facilities are required.

Christie founded and has been responsible for every major innovation in the community barbecue industry. They have driven significant and continuous improvements in the areas of cooking safety, efficiency, usability, design, wheelchair accessibility, and quality.

Christie cooktops contain the latest barbecue technology to ensure the best possible cooking experience. Continuous innovation and refinement over many decades have resulted in the latest model Christie barbecue cooktop, exhaustively tested in real-world applications to ensure the optimum balance between cooking performance and power consumption.

Designs for barbecue surrounds have developed over time in response to customer demand. Originally available only as a brick-in version, they are now available in a range of options and aesthetics. Though ideal for custom projects, the Modular Series and A Series pre-fabricated surrounds were developed to provide customers with a convenient, cost-effective, robust, and low maintenance alternative.

Christie’s patented cooktops are powerful enough to cook large quantities of food quickly while maintaining the highest possible energy efficiency. All of the electronics and controls are located safely inside the cooktop so that they can be easily retrofitted to an existing barbecue bench. Hygienic and corrosion resistant, they provide an easy upgrade to the latest in innovation and digital cooking technology.

Christie cooktops are supplied with easy t0 follow installation manuals and can be readily fitted to an existing or custom benchtop. Barbecue surrounds are manufactured from non-flammable, durable materials including stainless steel, aluminium, and fibre-cement and are delivered flat-packed. Easy to assemble, they provide a significant saving on transport and installation costs.

Daily use: how the barbecue works

The barbecues are easy to maintain and simple to operate. All controls are easy to access and use, carefully designed to stay out of reach of most children. The cooking cycle is started by pressing the multi-function button, which requires a 6-second push to avoid accidental operation. The cooking process can be stopped at any time and ends automatically after a pre-set time. An alert sounds whenever there is a change in operating mode, letting the user know exactly what the BBQ is doing.

Christie has developed their own patented safety features, including a unique sterilisation cycle which eliminates bacteria prior to the cooking cycle commencing. Using a high powered 3.5kW element and the latest digital technology, the pre-programmed cooking cycle quickly brings the hotplate to high heat, eliminating harmful bacteria and sterilising the cooking surface.

Accurate heat-sensing allows for continuous monitoring and adjustment throughout the cooking cycle, striking the optimum balance between power consumption and cooking efficiency. The cooktop continually monitors and adjusts the temperature to ensure that food is cooked efficiently and uniformly, without stewing or charring, providing the ultimate public barbecue experience.

These state-of-the-art barbecues have already been well received in UK universities. Lancaster University students have been enjoying the Christie Modular Double and Triple barbecues which were installed in 2009. Edinburgh University is currently installing the Modular series with hoods and is set to be finished later in the year.

If you are interested in purchasing a barbecue or have some questions, please call us on 0114 282 1283 or email us on info@allurban.co.uk We’d love to stay in touch